The GNOME design team put in some serious effort to modernize app icons from GNOME 3.32 onward, and help designers and developers create better icons for their apps: http://jimmac.musichall.cz/blog/2019-01-23-the-big-app-icon-redesign/

XRP market cap may be overstated by a cool $6 billion pretty much everywhere online: https://www.coindesk.com/xrp-market-cap-may-be-overstated-by-billions-messari-report-estimates

I hosted a small session on the Bitcoin Lightning Network at Hacker Beach last night, and promised to share all the resources from it somewhere. Hence, here's a random list of things you can read to learn about Lightning Network, and also start using/testing it.

* The original Lightning Network paper
* Slides from a Lightning Network talk at the SF Bitcoin Devs meetup (Feb 2015) -- Slightly outdated, but contains a lot of the basics (from the authors of the paper)
* The Lightning RFCs / BOLTs -- This repo contains the various protocol specifications. Also, scroll down in the README for a nice short introduction section.
* Lightning network in depth, part 1: Payment channels
* Lightning network in depth, part 2: HTLC and payment routing
* lightning-onion -- Repo containing the code for LND's onion routing. Also, check the README for a broad overview of what this means for the Lightning Network. 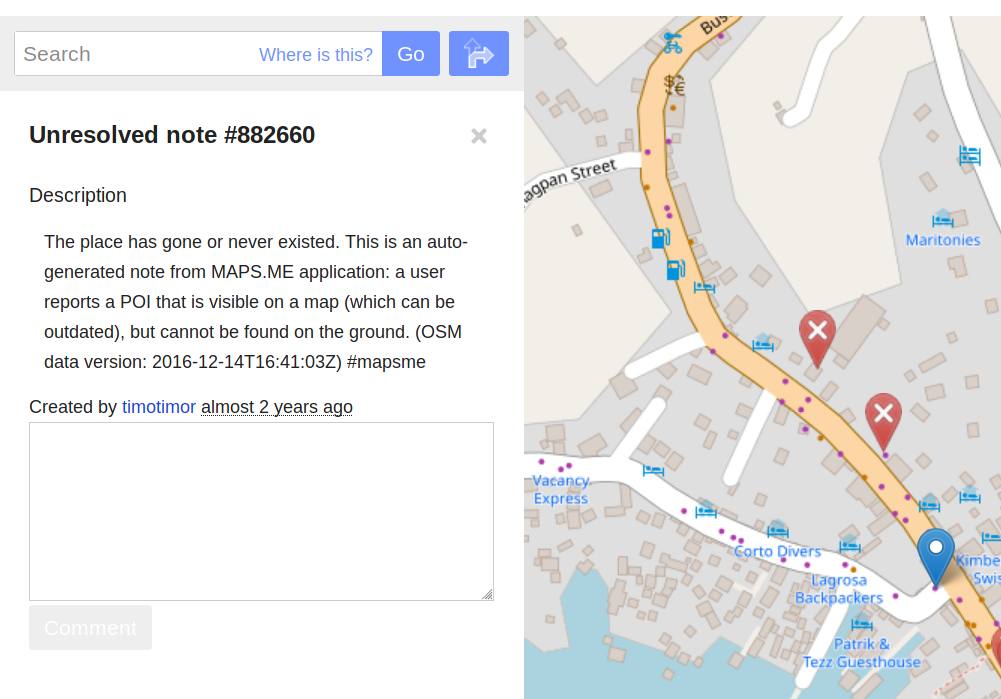 Recently stumbled across umap, which is an alternative to Google Maps for creating and sharing your own maps with POIs and such. Works really well so far, and the feature set is fantastic! http://umap.openstreetmap.fr

"I very recently worked on the Edge team, and one of the reasons we decided to end EdgeHTML was because Google kept making changes to its sites that broke other browsers, and we couldn't keep up." https://news.ycombinator.com/item?id=18697824

I just finished listening to a rather interesting podcast episode with Cloudflare's "Chief Cryptographer" Nick Sullivan and wanted to recommend it to people who are interested in any of the mentioned topics.

Especially so, because Cloudflare is arguably one of the most controversial companies involved in running the Internet, as they're not just serving a considerable amount of Web traffic via their CDN, but also a considerable amount of DNS traffic via their public 1.1.1.1 service. Both come with a lot of responsibility, even more so in combination, due to a large amout of trust being centralized in a single corporate entity.

The topics discussed in the episode (citing from the podcast's summary):

Probably the most exciting news, which I somehow missed or forgot about, is that Cloudflare have launched a public IPFS HTTP gateway called Distributed Web Gateway during their Crypto Week a few months ago.

This is great, because not only are Cloudflare nodes around the world now relaying IPFS data to other IPFS nodes, in addition to serving cached content via their gateway. But also because IPFS is a content-addressable storage system. Which means, a client can actually verify themselves, that the content which was delivered by the CDN is exactly what was promised, based on the hash/URL of the resource requested.

This eliminates one of the main trust issues with CDN delivery: ensuring content integrity from source to end user. And in this case, the source is not even a server, but a completely decentralized peer-to-peer network. Win-win-win in my book.

According to Nick, most incoming traffic to CDNs from Tor is actually attack traffic, due to the fact that it's impossible to trace back (unless you're the NSA for all we know). So for the longest time you actually had to fill in CAPTCHA's for Cloudflare-cached sites when browsing via Tor.

However, also during Crypto Week, Cloudflare introduced an onion routing service, which in combination with some smart HTTP/2 usage, and implemented in coordination with the Tor developers, solves the problem for anyone using Tor Browser 8.0+. As Cloudflare are actually hosting all of their CDN content directly in the Tor network with this change (enabled by default for all customers), Tor users now don't even have to go through Tor exit nodes in order to retrieve that content.

When asked about Namecoin, Nick's answer was rather surprising to me:

We've talked to the Namecoin folks, we've talked to the folks at Ethereum [...] Right now we're mostly investing in how we can make the IPFS gateway better. [...] But down the line, you shouldn't be surprised to see any one of those pop up.

Cloudflare didn't actually buy the 1.1.1.1 address (or rather the space it's in). APNIC is lending it to them for free, because nobody else wants to have that much dummy traffic coming to their network. ¯\_(ツ)_/¯

A personal update on Hacker Beach #7

After finally having booked my incoming flight for Hacker Beach #7, which is going to take place on the Phillippines in January, I'm getting genuinely excited about it.

Aside from every single one of the past 6 editions having been amazing in their own way, I'm mostly looking forward to clearing my schedule of for-profit work, and yet again spending most of January on developing and contributing to free and open-source software.

The things I'll be hacking on will include many pieces of software from both the remoteStorage ecosystem as well as the wider Kosmos project. But I'm also planning to spend some time on improving my IndieWeb setup, and experimenting more with Lightning Network.

I'm also looking forward, as always, to doing these things together with old and new friends, and exchanging knowledge and experience, while escaping the cold Northern winter together. Just for one example, I think I would've never switched to Linux a few years ago, and learned so much about it since then, without the privilege of having had bkero explain to me a thousand things in the past.

So, in the spirit of p2p learning, I'm hereby offering free mentorship for anyone wanting to get involved with contributing to the projects (or wider areas of software) that I mentioned above!

For outdoor activities, while others might be more excited about the excellent diving around Coron, personally, I'm more keen on the mountain-biking. In fact, I'm planning to bring a bike this year, including bike packing bags, so I'll be able to explore not just Busuanga island, but potentially more of the Phillippines, on two wheels before and/or after Hacker Beach.

If you're interested in joining us this coming January, and you haven't had the pleasure to catch a Hacker Beach in the past: you can get in touch with people in #hackerbeach on Freenode IRC, and you can also follow and talk to us on the fediverse (Mastodon, GNUSocial, Pleroma, etc.), and if need be on Twitter.

Had a bit of fun playing with the Mapbox API's static image generator today (creating my own static maps from recorded Strava activities). So I thought why not add a mini world map to my current location on https://sebastian.kip.pe. Totally worth it.

In case you're unfamiliar with the awesomeness of KeePass as a personal password manager, and esp. with the fact that there exist many different UI applications for its password database format, my buddy Jorin wrote up a few words to clue you in: https://jorin.me/store-passwords-with-keepass/

The Web Design Museum exhibits over 900 carefully selected and sorted web sites that show web design trends between the years 1995 and 2005: https://www.webdesignmuseum.org/

Turns out that good cycling fitness doesn't translate at all to running. Just wanted to get my heart pumping a bit, and now some of my thigh muscles are close to being non-functional, after not even 5km of slow jogging: https://www.strava.com/activities/1831523082

They finally changed the Thunderbird app icon to match the style of the Firefox icon again. Felt like ages with the two different styles.

Wait, WHAT? There's a pro #cycling Deutschland Tour again, and I didn't even know about it? http://inrng.com/2018/08/the-deutschland-tour-is-back/